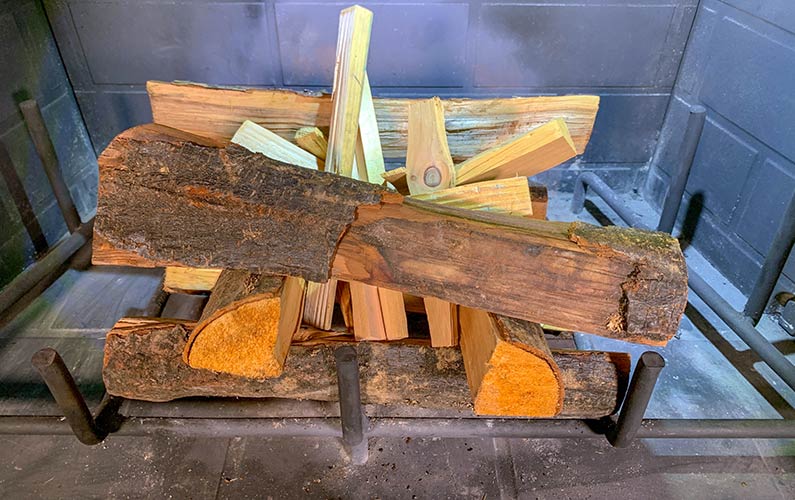 Most people think starting a fire is common sense: put some wood into the fireplace, strike a match or two, and kick back and relax on the couch as it consumes. This is correct and also not correct. With prepared kindling, a case of matches, and fuel, you can go far with experimentation.

By chance that the chimney has been used previously, eliminate the abundance of debris and ash. Open your air control or dampener to allow air to move through the stack. To check for airflow, roll a lit piece of paper inside your chimney. If the smoke is going up then the damper is open and there is not debris, but if the smoke is coming into the home then the damper is shut or there is an obstruction.

Specialists or sweeps frequently talk about top-down or base-up lighting. This is where you being the lighting from either from the top or base. More times than others, we lean toward the top-down. This technique drops less sediment and cinders, guaranteeing better air flexibility, and makes the first wood load last longer. The NSCG says to not put an excessive amount of kindling on a fire. The National Fire Protection Association (NFPA) says it is essential to maintain a three-foot boundary among kids and the fire consistently. They also propose keeping anything combustible at least three feet from the chimney.

When the fire has started to burn down, then you add more wood. Adding heavy wood to an already burning fire will completely cut off its air supply, which will smother the flames you have worked hard to get. As the fire has settled in and is not blazing anymore, carefully add logs on the top and move them around until there is enough air to catch. It is smart to add balls of newspaper in the creases to help them catch.

Before going to bed or leaving the home, you need to make sure to extinguish the fire, according to USFA. When the fire is out, take your fire utensils to isolate the logs to various sides of the chimney and close the screen or glass firmly. Try not to close the damper until the fire and/or coals are cooled completely. For tips with respect to legitimate debris removal, visit the Portland Fire and Rescue Salvage site.

It is highly recommended to have your chimney cleaned at least once a year by a professional. If the fireplace is clogged, do not light a fire until you have the fireplace inspected.